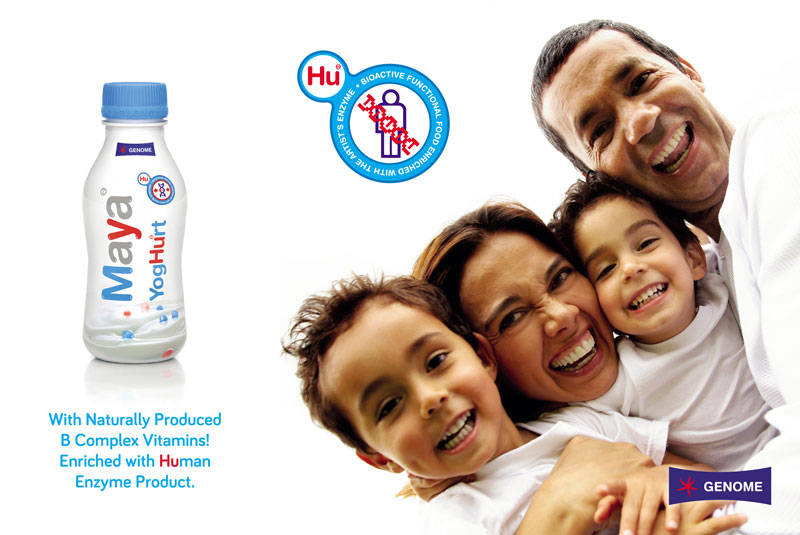 Food prices are going to rise in the future due to production capacity which decreases inversely with the global population growth. Therefore the question is posed if there is a possibility that human molecular production capacity in the DNA, as one of the few uncolonized biotechnological materials, could become an alternative trade tool, (based on a system of genetic credit), which could become one of the next stages of evolution? Hu.M.C.C.m.k.2. – Human Molecular Colonization Capacity project dwells on the food industry biotechnological production that is in its final form represented as a design food concept – a yogurt package called Maya YogHurt, containing the product of an artist´s enzyme. The project stands as a social darwinism experience set paraphrased within the realm of industrial food chain process. It also paraphrases a concept for the waste of productive forces explored by Marx, who established a connection between rising levels of accumulation of the capital and the fall of tendential rate of profit. Therefore the Hu.M.C.C.m.k.2. dwells in the so called “Soylent Green” paradigm where the fear of ecological cataclysm turns into a subtle critique of corporate cannibalism.

Intermedia artist Maja Smrekar´s main interest is based at the phenomenology of perception dwelling towards the intersections of humanistic and natural sciences in relations to body, privacy and (inter)subjective perception of space.