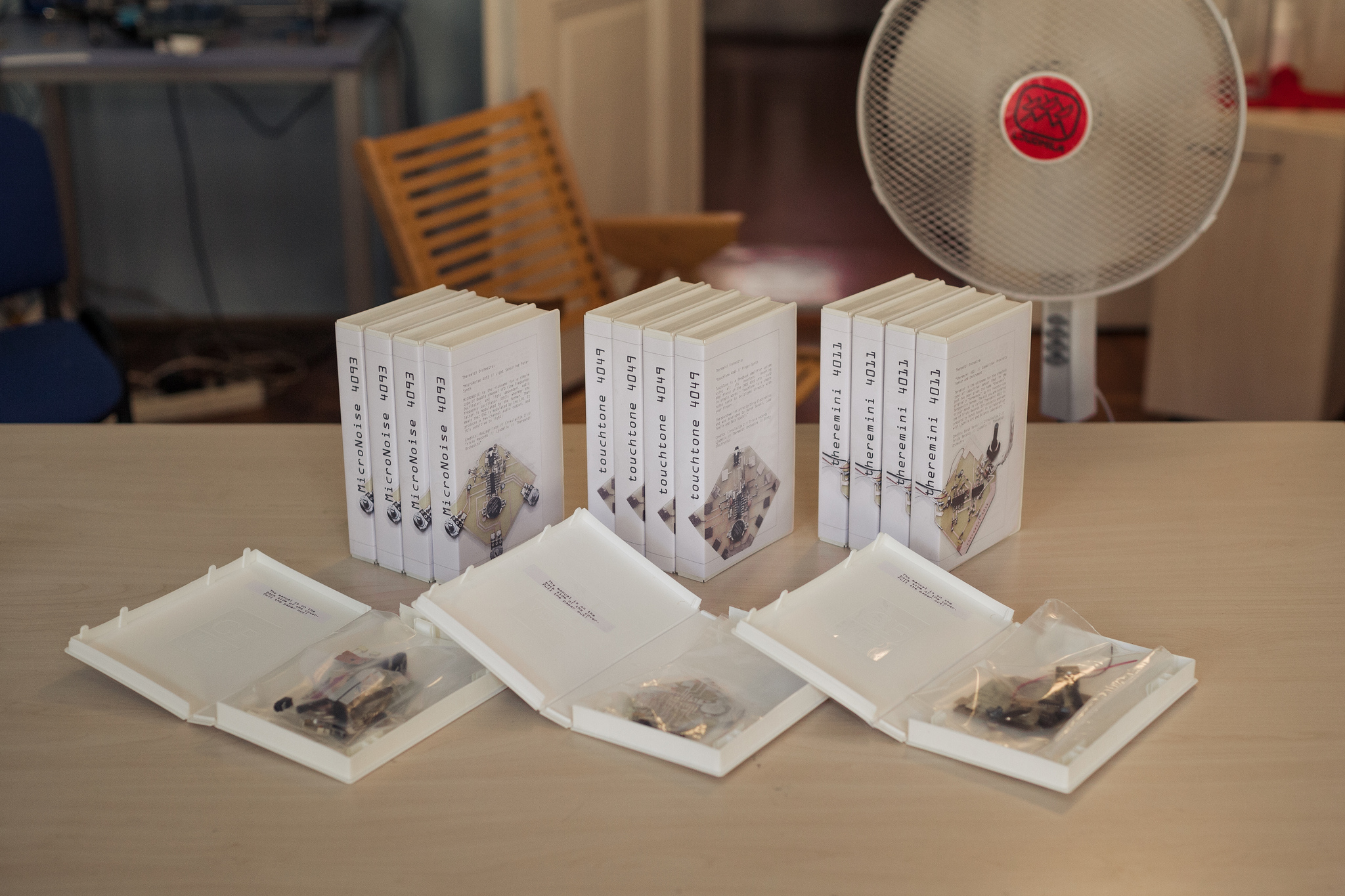 Ljudmila, Ljubljana based laboratory for science and art, showcases its workshop activities and art production with an “on-spot” workshop of creating DIY electronic instruments.

Three sets of kits from which various instruments can be made exploit electrical changes during different interactions: when in contact with water, when touched, through a body contact and also as a reaction to light. Kits are: Touch Tone – responds to touch, MicroNoise – responds to light and Teremini – reacts to vicinity. 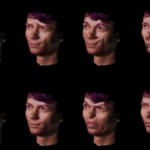 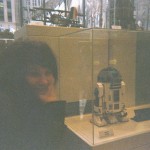 Žiga Kranjec is an author and a computer programmer, involved in the development of open code systems since the late Eighties. During his studies, he worked at The Jožef Stefan Institute’s Super Computer Center as a member of the team responsible for setting up the Mat’kurja network hub. Since then, he co-works with Ljudmila on a variety of programming and intermedia projects. He is a member of the Makrolab.

Tina Dolinšek is finishing Cultural Studies at the University of Ljubljana. She writes for cultural redaction of Slovenian “Radio Student”, covering the topic of intermedia arts; she also collaborates with the newspaper Tribuna and with the portal Culture.si. Since 2013, she is in charge of educational and artistic activities at Ljudmila, where she has been working for the past two years. She is a member of the “Theremidi Orchestra”.

Luka Frelih is a computer program developer and an artist; a hacker with particular appreciation for free software and a website designer. He is a founding member of Ljudmila – Ljubljana Digital Media Lab, as well as the current president of the Ljudmila Society s and of The M3C Network. As a co-author, he likewise works on the project Creative Commons Slovenia. In addition, he is a member of the Theremidi Orchestra, Makrolab, ASCII Art Ensemble and of pioneering net.art community projects: 7-11, Refresh, Remote-C. He has programmed an instant ASCII camera, net.art generator and more than one web-based mapping interface for mobile, radio connected GPS agents.